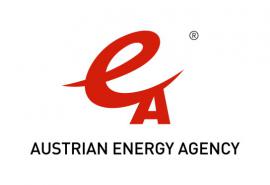 The Austrian Energy Agency was founded in 1977 as a non-profit scientific association.

Main purpose and goal of the Austrian Energy Agency is to develop, support and implement measures that aim at a sustainable energy supply and use. Among the areas of work are innovative energy technologies (ET), energy-efficient systems (EE), and renewable energy sources (RES). In addition, the Agency participates and co-operates within projects and networks on national, EU and international levels to promote ET, EE and RES in cooperation with other institutions. Renewable energy and energy efficiency are thematic priorities of the Austrian Energy Agency. The AEA has long experience in the energy efficiency and renewable energy policy fields. This is documented by many projects and activities on regional, national and international level. Inter alia the Austrian Energy Agency is the organisation nominated for the Concerted Action for the Energy Services Directive (ESD) and the Energy Efficiency Directive (EED) in Austria and member of the EnR network. The AEA is also the overall coordinator of the Concerted Action on the Implementation of the Renewable Energy Directive (CA-RES). Since 2007, the Austrian Energy Agency is the national monitoring body for the implementation of the ESD in Austria, has prepared the first and second energy efficiency plan for Austria and is also involved in the preparation of the implementation of the EED.

Furthermore, the AEA has been involved in the support of both the government (on national and regional level) and national stakeholders in various political and strategic processes. In many activities, this support has involved the usage of modelling tools for the development of scenarios for the analysis of the future national energy system and its components, and the evaluation of the impact of policy measures. The main modelling tool is the Austrian energy system model, which has been developed by the Austrian Energy Agency using the TIMES model generator. It describes all the sectors of the national energy system using a combination of technology-specific bottom-up and energy-economic top-down approaches.

Martin Baumann is a project manager at AEA. He holds a Ph.D. in Technical Sciences and a M.Sc. in Technical Physics from the Graz University of Technology. In MEDEAS, Martin coordinates the work on the assessment of impacts. Additionally, he contributes to data collection and TIMES model implementation.

Lukas Eggler is with the AEA since 5 years. In past projects he has been working on a wide variety of modelling projects, including projects modelling the transport sector of Austria, Demand Side Management (DSM) potentials for selected technologies, the dynamic simulation of high RES battery systems and regression analysis to quantify the effect of energy efficiency measures on corporate level. In recent years he is also increasingly involved in AEAs TIMES model of the Austrian energy system. He works for AEA since 5 years and holds a M.Sc. in “Renewable Energy Engineering and Technology” from the University of Freiburg.

Christoph Ploiner has been working at the Austrian Energy Agency since 2010 and is since then involved in the implementation of the EU Directives on energy efficiency in Austria. He is working at the National Energy Efficiency Monitoring Agency. There his main fields of expertise include the conception and further development of the reporting interface, monitoring and verification of energy efficiency measures and further development of bottom-up methodologies for evaluating energy savings. In addition, he is involved in the compilation and integration of data on all measures that are used for Article 7 implementation in Austria. He has been participating in the drafting of all recent NEEAPs as well as annual reports in relation to the EED. His expertise includes the evaluation of the Austrian target achievement related to the EED and energy efficiency related modelling.

Angela Holzmann is manager and team member of projects in the field of energy system modeling, with focus on the Austrian building stock. Development of scenarios to evaluate policy measures in the respective sector using TIMES-Veda and GAMS. Author of the publication “Consumer behavior in the residential heating sector in Austria: Findings from a bottom-up modeling approach” in the journal “Energy and Buildings”. She is developing energy efficiency indicators and top-down methods in the frame of the constitution of a monitoring and verification system regarding the Energy Services Directive  006/32/EC. She has expertise in the field of data analysis and decomposition analysis, respective publication in the peer-reviewed scientific journals “Energy Policy”.